I am officially running a cacti hospital. Which is proving quite challenging. Despite the fact I have kept cacti before, I have never had any that are on their last legs. So I’ve had to learn along the way with how to fix their issues (with a lot of help from my forum buddies in the US!).

How I Acquired 11 Unloved Cacti

A few weeks back I was wondering around the high street and found a hand written advert that was selling off a cacti collection. A ‘mature’ cacti collection. So obviously I took down the phone number as the prospect of having mature cacti plants is super cool. Usually if I buy them new I can only afford the little tiddler cacti you see in garden centres. But mature cacti? Immediately I was envisioning towering plants and my lounge looking like it’s been taken over like a desert, something that would usually only be achievable after years and years of cacti ownership. 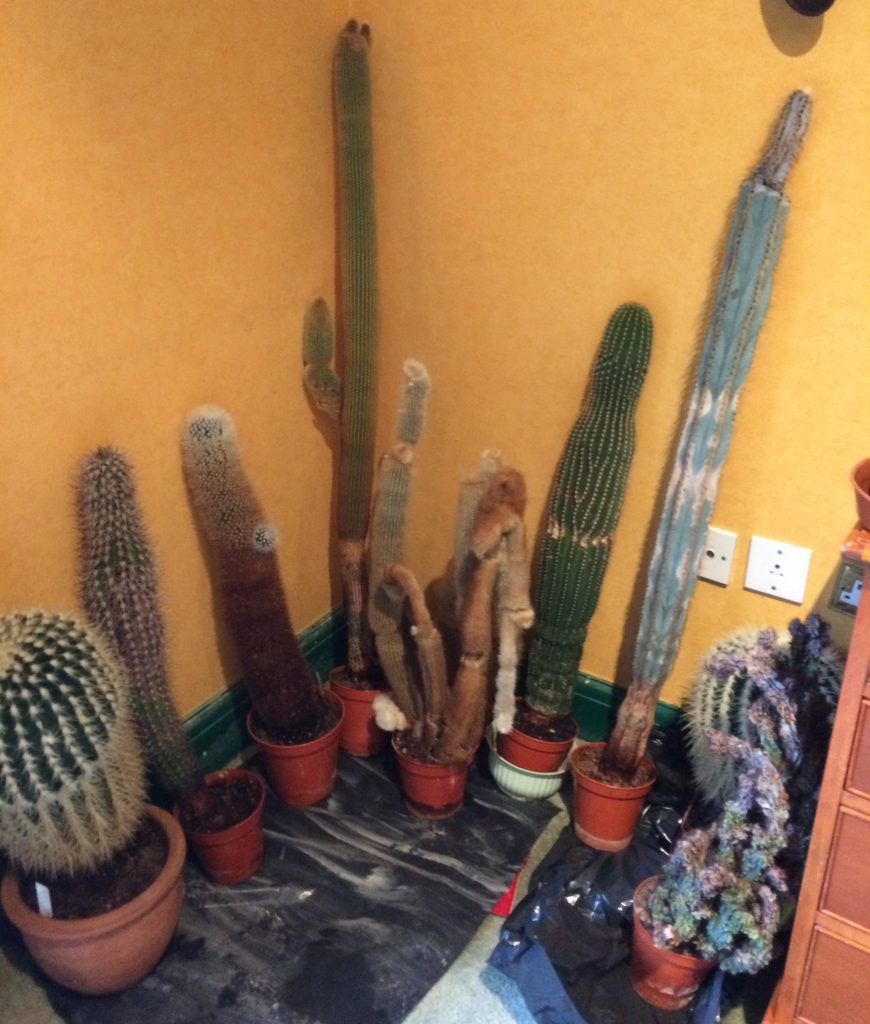 When I told my other half he was equally as keen. See, just another reason we are perfect for each other…When you can approach your boyf saying ‘I think we should invest in lots of cacti plants’ and he is just as excited as you are, you know you’ve found a keeper.

Anyway, back to the story. So we call this chap up to see if the cacti are still available to buy. He actually went on to say we were the first people to call in weeks. So it was meant to be, we had to rescue these cacti or they would meet their demise! 11 plants that he’s had for up to 20 years(!) but had to sell as he only has a little flat now.

Micra’s are not the best vehicles for transporting numerous large cacti all in one go, but that is what we did. We drove 15 miles in my little car with the prickly fella’s in the boot, footwells and pretty much anywhere they could fit! It was a tight squeeze and god forbid if we had to break hard during the journey. Oh and mustn’t forget to mention, we were both terribly hungover for this part of the mission. Plus it was raining. Plus the cacti guy lived on the third floor of a block with no lift. That is dedication.

So we got them back, although we weren’t really in the mood for cacti saving (we actually unloaded them, then went to get milkshakes!). The in-laws were pretty surprised to see two grumpy hungover people trudging back and forth offloading cacti into their house. (Hey, their place is much bigger!) We left them there for a few days whilst we took stock. Kinda thinking ‘what have we done!’ ‘Where are we gonna put them?’ ‘Why did we just spend £100 on cacti?’ and ‘This is pretty cool!’.

When we took the time to start sorting through our new plants we discovered just how in need of atttention they were. The man who had them before us wasn’t an expert and you could tell these plants were still in their original pots, despite some being over 20 years old. Some had wrinkly bits that had died, some had roots desperate to burst out of the container and some were sitting in soil that was far too wet. Here we go. This one below was probably one of the worst. I’ve detached the dead stems and re-potted, but have a sneaking suspicion that there is rot at the base, ah! I will have to build up the courage to cut it out if so..

So now we are nursing the cacti back to health. We are newbies, so initially re-potted them all in big pots. Then had to do it again with pots just one size up from the old ones – we didn’t realize that too much soil in a big pot means extra water gets retained, doh! We’ve found some super helpful American folk who are more familiar with cacti who have been a lifesaver (Check out Houzz forums for great cacti advice). Although even with this help everything takes so long, you go to re-pot one, discover a problem, have no idea what to do so take photos to post on forums and re-pot in the mean time. All the forum buddies tell you what to do and then often we find ourselves performing surgery! Gulp! 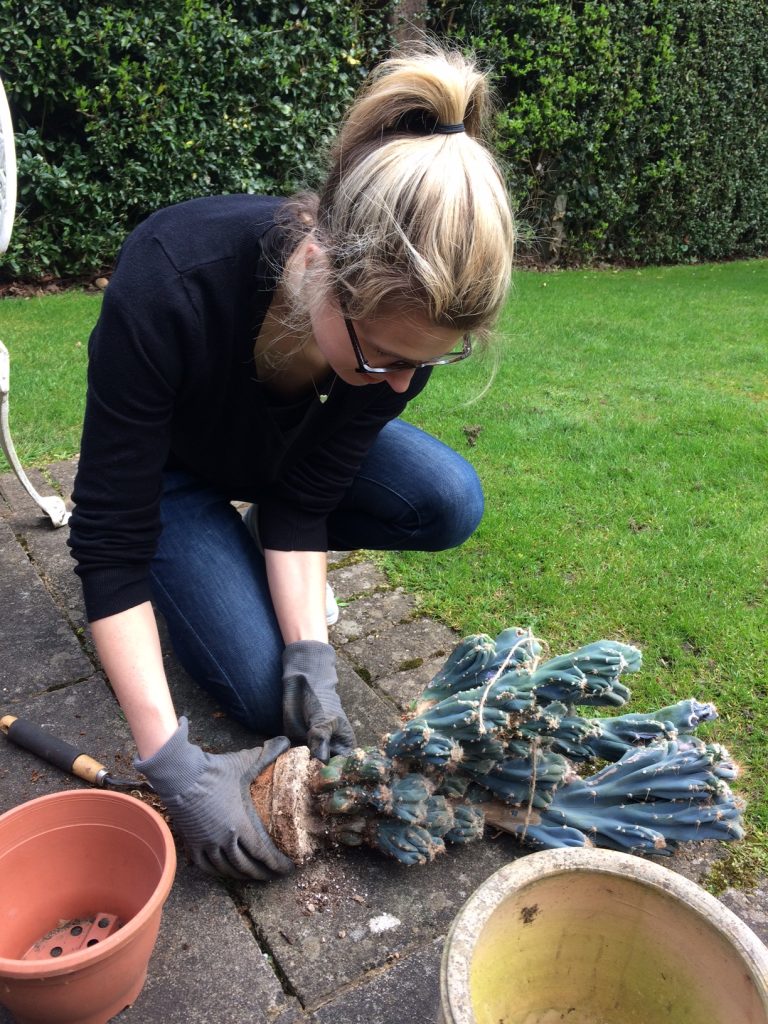 Keep in touch to find out the latest cacti progress! We are determined to grow these into big bad boy cacti and will succeed! It’s so exciting to be learning so much about these amazing plants too.

PS: There is nothing more painful than handling cacti. It’s like a splinter but 100 times worse, ouch. 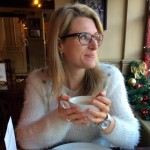 Welcome to the world of Chrissy. A blog full of the tips and tools for a healthy balanced lifestyle, follow for work out tips, frugal living, easy to make recipes and the best to offer on mind and body.

Make sure this account has posts available on instagram.com.